Vitamin-D is called the “sunshine” vitamin, and rightly so as the skins exposure to sun helps your body make the vitamin, which is technically a hormone. But as much sun | Health News Library

Today is our 33rd anniversary. The roses above were my gift  today from my husband. The Card below was given to me by him over 33 years ago. Hubby and I were friends. . He gained my respect,  friendship, trust and then my love. This was the first time he let me know how he felt for me.

The  card below was attached to the biggest flower arrangement I had ever received. I was going through a  really difficult time in my life. He sent me flowers . He said he wanted to cheer me up and remind me how special I was to him. This is his poem that he wrote about me. He mailed the card to the florist. He wanted the card to be hand written by him.

I was just getting out of my car, when my 14 yr old neighbor came out of her house with this huge flower arrangement in a wicker basket. I have no idea how she managed to carry the bouquet. She said the florist asked her if she would accept it for me since I was at work. I thought it was from an ex and did not want even to open the card. I told her to dump it in the yard. I will call the florist and tell them to take it back and return to sender.

My young neighbor was shocked at my cold attitude and insisted that I read the card. She was so adamant that I will want to read it. It was obvious that  she had read it. I opened the card and read it. All my anger melted away as I read the hand written note from a friend who lived 2000 miles away. Sometimes love comes softly. He was patient and waited for me to catch up. I had actually fell for him before I realize that I did. 3 months later we were married. 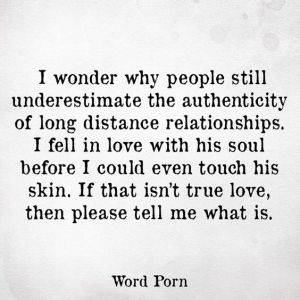 I have loved you a live time. I will love you